This post is also available in: српски (Serbian) Русский (Russian)

– Bio-resonance therapy uses electromagnetic waves of small power. Other characteristics of the waves such as amplitude, phase, appearance are significant as well. The effect is possible both on cells, organs, organic systems and the entire organism. In healthy cells these waves will be harmonious according to the waves of other cells in the body. Toxins, allergens, bacteria, viruses have a different wave form than healthy cells. Their presence in the organism changes a healthy wave form of human cells.

The therapy is conducted in two ways.

The first way is to use the adjusted, previously detected, own EM waves of the body that are returning to it  “resembling” its healthy condition. This is so-called Endogenic Bio-resonance therapy.

Another way is to send the body waves which frequencies are memorized in the special equipment. These are frequencies of different diseases, allergens, microorganisms, heavy metals, food components, cosmetics and other harmful substances from the external environment. 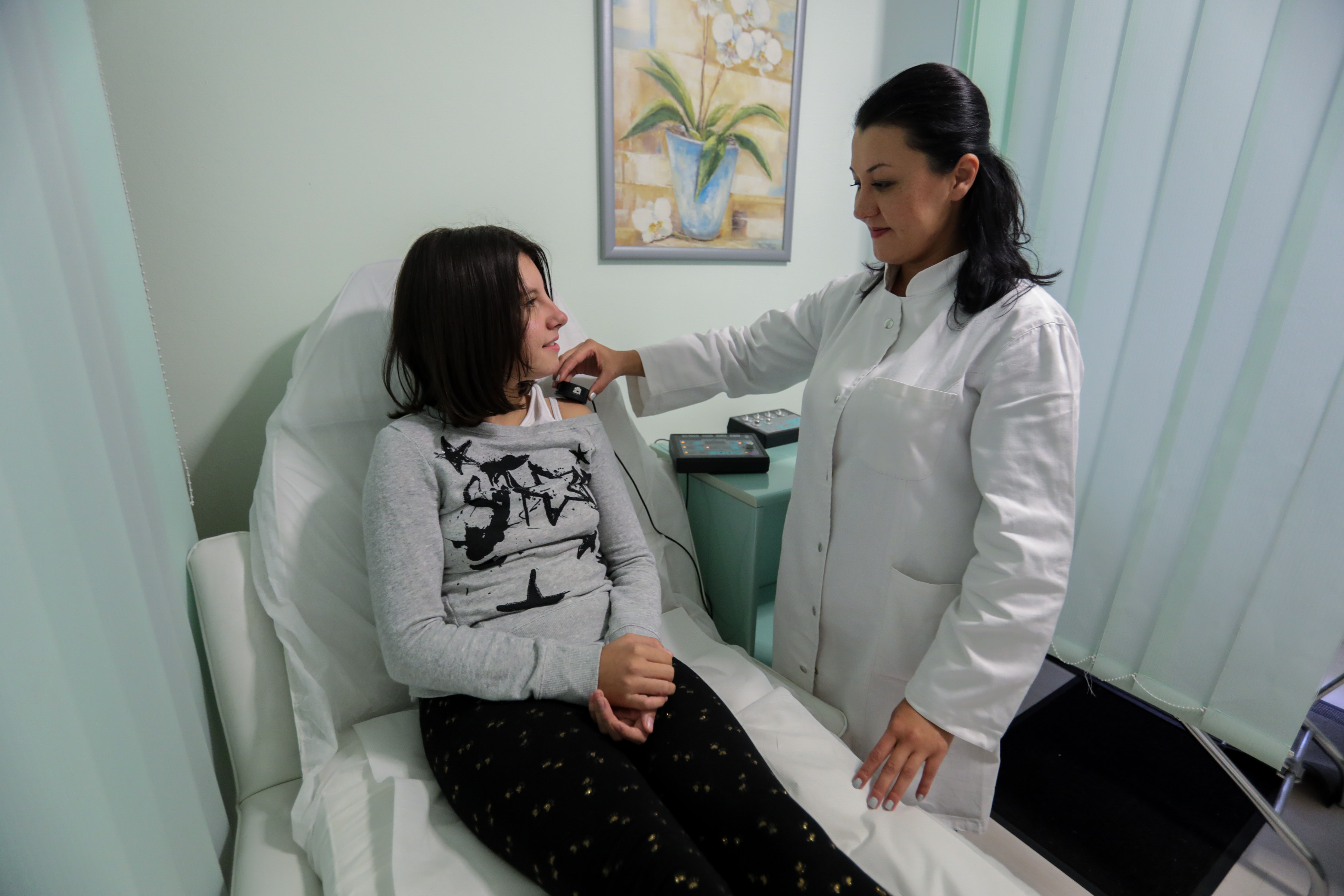